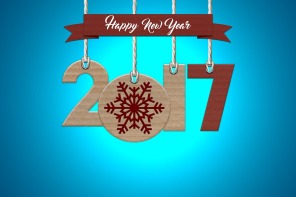 How many times have you made a steadfast New Year’s resolution, saying to yourself, this time it’s going to stick? Perhaps you even told your friends, made a pact with a family member, or in some other way determined to assure success. Were you trying to quit smoking, lose weight, stop drinking, or maybe shop less? Maybe you wanted to spend more time with your spouse, or avoid relationships altogether. Maybe you resolved to drive closer to the speed limit? How many times has your resolution failed mere days or even hours after you made it?

Often at this time of year we find ourselves focused on what we want to change about our lives. We look in the mirror and want to change what we see or we gaze at our bank account balance and focus on changing what we spend our money on. Some of us will devote real time and energy into a new diet plan or exercise routine while others may focus on improving our relationships. Still others may decide now is the time to find a new job or make that big geographical change we’ve been dreaming of. Without a doubt, New Year’s has become the time to look forward and plan for the changes we long to make.

But what if the tomorrow never comes? Mathematically speaking, the probably exists that at least some of us reading this right now may not live to see New Year’s 2018 and it is in light of that possibility that I wish to emphatically urge each of you reading this to consider the chance that you will not see tomorrow. Psalm 39:4 states: “Show me, Lord, my life’s end and the number of my days; let me know how fleeting my life is.”  The Bible tells us it is appointed for all to die once, and then face judgment (Hebrews 9:27) but that Jesus Christ was sacrificed to take away our sins (Hebrews 9:28) that we might have eternal life with God in heaven (John 3:16). Whether you believe that or not is irrelevant because “It is written, ‘As surely as I live,’ says the Lord, ‘every knee will bow before me; every tongue will acknowledge God.’” (Romans 14:11)

Every knee will bow, every tongue will confess. That is the reality facing each of us when we die – whether or not we choose to believe it now. The difference is this: those who believe in Jesus Christ and trust Him for their salvation will be saved. And then there is everyone else. As it is written: “Whoever has the Son has life; whoever does not have the Son of God does not have life.” (1 John 5:12).

So with the finite nature of our earthly lives as a back drop, I want to implore each of you to consider the brevity of your mortal life on this planet, to recognize that physical death is not the end, and to challenge you with the task of accepting the free gift of salvation that is available through Jesus Christ, if you haven’t already. For the temptation, when it comes to our relationship with God, is to assume we have another day…or another hour. The fact is, we may not even have another minute. Please, please, reach out to God now, while there is still time.

And know that accepting Jesus Christ as your savior is a New Year’s resolution that will never fail!

Here are some resources that may help you:

Take the time, do the research, learn for yourself the truth about God. But do it now, for tomorrow could be too late. Of course, we’re always happy to help answer your questions, too. Email us anytime at ReignDropsBlog@gmail.com

Christmas is almost upon us once again, and many of us are busy making those last minute shopping trips to find just the right gift for that special friend or family member. And whether or not you live in an area with a snowy white Christmas, or a warm tropical setting, the stress of the holiday shopping and budgetary strain seems to affect us all. But amidst all this stress, let us take time to reflect on the real reason for the season, the birth of Jesus Christ.

It is very fortunate for us that Luke took the time to thoroughly research the facts surrounding the birth of Jesus when those facts were still contemporary and that he put those facts down in a written record that is still available to us today. But can we really trust the record Luke left? Well, the evidence supporting the historical accuracy of Luke’s narrative is myriad, but let’s look at one specific piece of evidence right now. First, we’ll start with an excerpt from the Gospel of Luke:

Luke 2:1-21 (NIV): In those days Caesar Augustus issued a decree that a census should be taken of the entire Roman world. (This was the first census that took place while Quirinius was governor of Syria.) And everyone went to their own town to register.

So Joseph also went up from the town of Nazareth in Galilee to Judea, to Bethlehem the town of David, because he belonged to the house and line of David. He went there to register with Mary, who was pledged to be married to him and was expecting a child. While they were there, the time came for the baby to be born, and she gave birth to her firstborn, a son. She wrapped him in cloths and placed him in a manger, because there was no guest room available for them.

And there were shepherds living out in the fields nearby, keeping watch over their flocks at night. An angel of the Lord appeared to them, and the glory of the Lord shone around them, and they were terrified. But the angel said to them, “Do not be afraid. I bring you good news that will cause great joy for all the people. Today in the town of David a Savior has been born to you; he is the Messiah, the Lord. This will be a sign to you: You will find a baby wrapped in cloths and lying in a manger.”

Suddenly a great company of the heavenly host appeared with the angel, praising God and saying, “Glory to God in the highest heaven, and on earth peace to those on whom his favor rests.”

When the angels had left them and gone into heaven, the shepherds said to one another, “Let’s go to Bethlehem and see this thing that has happened, which the Lord has told us about.”

So they hurried off and found Mary and Joseph, and the baby, who was lying in the manger. When they had seen him, they spread the word concerning what had been told them about this child, and all who heard it were amazed at what the shepherds said to them. But Mary treasured up all these things and pondered them in her heart. The shepherds returned, glorifying and praising God for all the things they had heard and seen, which were just as they had been told.

On the eighth day, when it was time to circumcise the child, he was named Jesus, the name the angel had given him before he was conceived.

This part of the Christmas story starts with a census being taken while Quirinius was governor of Syria. Publius Sulpicius Quirinius is known to have governed Syria during 6-9 A.D. Josephus records that a census taken in 6 A.D. sparked a violent Jewish revolt, this is also mentioned by Luke in Act 5:37. Quirinius oversaw this census and played a major role in putting down the rebellion. But this cannot be the census Luke is referring to here in the Christmas story because it occurred much too late to fit Luke’s chronology. Luke was far too meticulous in his recounting of events to be accused of such a chronological error.

And, indeed, archaeology has upheld Luke’s accuracy. A fragment of a stone tablet discovered near Rome in 1764 contains an inscription in honor of a Roman official who was twice governor of Syria during the reign of Augustus. The name of this official is not found, but details listed among his accomplishments could fit no one other than Quirinius. Thus, we conclude that Quirinius served as governor twice. And other ancient records mention a “first” census being ordered by Augustus in 8 B.C. Evidently, this earlier census was not carried out in the Palestinian region until 2-4 years later, perhaps due to political difficulties between Rome and Herod. But Luke does state in verse 2 that the events he recounts occurred at the time of the “first” census taken while Quirinius was governor (obviously indicating there were more than one). So Luke’s accurate rendering of these historic events is validated by the evidence and can be considered completely trustworthy.

So based on this we can conclude that Luke’s telling of the Christmas story is reliable and I hope presenting this evidence helps you see that Christmas really is a celebration of true historical events. And, as such, should inspire us to pursue relationship with our Creator who loved us so much He sent His one and only Son to live among us, to die for us, and to be raised again that we might be reconciled to Him. Yes, Jesus truly is the reason for the season!

If you would like more information, we are happy to help. Please drop us an email at ReignDropsBlog@gmail.com. Have a Merry Christmas!