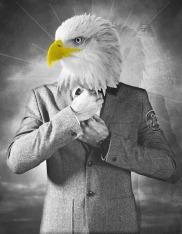 True or false: science has proven conclusively that the earth is billions of years old.

Almost all of us have grown up being taught that the earth is billions of years old, that we evolved from some lower form such as apes, and that these things are indisputable facts. They are not. In fact, up until the roughly the middle of the 18th century, most people believed the earth to be roughly 6000 years old, just like the Bible states. One such person was Niels Steensen (1638–1686), a famous Danish geologist who established the principle of superposition, which is the theory that rock layers are deposited successively in horizontal fashion. In his book, Forerunner (1669), Steenson expressed belief in a roughly 6,000-year-old earth and that fossil-containing rock layers were deposited during Noah’s flood. Over the next century, several authors, including the English geologist John Woodward (1665–1722) and the German geologist Johann Lehmann (1719–1767), wrote books essentially reinforcing that view. So the old earth view has not always been the principle theory.

Perhaps that’s not so shocking. After all, we have better and more complete scientific methods these days. And yes, that is true enough, but the theories surrounding an old earth predated those methods and the newer technology by hundreds of years. Renowned scientist Comte de Buffon (1707–1788) imagined in his book, Epochs of Nature (1779), that the earth was once like a hot ball of molten material that eventually cooled over a period of about 75,000 years to reach its present state. And Abraham Werner (1749–1817), a popular mineralogy professor in Germany, believed that most of the crust of the earth had been precipitated chemically or mechanically by a slowly receding global ocean over the course of about a million years. Many of the greatest geologists of the 19th century were Werner’s students, who were impacted by his idea of a very long history for the earth. But none of them had access to today’s technology.

So the theory of an old earth is just that, a theory. And while today’s advanced technology is used by some scientists to attempt to prove that theory is true, the fact remains that, since none of us were there to observe conditions when the earth was formed, this technology relies on presupposed ideas in order for the data to be interpreted; and thus we can see that what is often portrayed as indisputable fact is really just an educated guess at what certain data sets might mean. And while old earth theories are still taught as fact, the reality is that those theories have many detractors. Detractors who are every bit as scientifically educated as those who propose the theories, and who are interpreting the very same data.

Obviously this blog doesn’t allow the space to thoroughly examine all the potential assumptions that might influence how scientific data might be interpreted, so for the purpose of highlighting how certain suppositions can affect analysis, we’ll look at three common assumptions associated with one of the more popular methods that supposedly “proves” an old earth: radiometric dating. Radioactive rocks offer a “clock” of sorts in that radioactive atoms (parent isotopes) decay into stable atoms (daughter isotopes) at a measurable rate. The issue with this method comes about due to the fact that, as we noted above, no one was around when the rocks were formed so we have to make assumptions about how they were formed and the conditions that existed at that time. Let’s look a bit closer at these three assumptions:

Because no one was there when rocks formed, it is unknown how many, if any, daughter isotopes existed in the rocks when they were formed. If one assumes no daughter isotopes were present at that point in time, the rocks will appear much older than they really are. Such is often the case when volcanic lava flows from the unobserved past are analyzed. Scientists often just assume none of the daughter atoms (argon-40) were present at formation. But analysis in 1996 of lava rocks from the 1986 Mount St. Helens eruption were found to contain so much argon-40 that modern radiometric dating methods would have estimated their age at 350,000 years.

Similarly, basalt deposited by volcanic eruptions near the north rim of the Grand Canyon were obviously deposited after the canyon was formed, so they are relatively young compared to the canyon itself, but if one uses mistaken assumptions about the amount of daughter isotopes at formation, this basalt yields an age of up to 1,000,000 years. So we can plainly see how assumptions about conditions at time zero can influence interpretation of the data and cause us to have very mistaken results.

The problem with this assumption is easy to grasp. Rocks are exposed to many sources of contamination such as may occur with water flow during heavy rainfalls, floods, etc. And lava that flows up through conduits from deep within the earth during volcanic activity is likely to pick up pieces of the surrounding rock as it moves through the conduit. All this activity can lead to gains or losses of parent or daughter isotopes, contaminating the analysis completely. Because of such contamination, lava flows from Mt. Ngauruhoe in New Zealand that are known to be less than 50 years old, yield a rubidium-strontium age of 133 million years, a samarium-neodymium age of 197 million years, and a uranium-lead age of 3.9 billion years. As you can see, the magnitude of the potential error is staggering!

Scientists have measured the decay rates of certain parent isotopes in the laboratory for nearly 100 years and have observed constant decay rates. Further, they have not been able to change these decay rates with heat, pressure, or magnetic fields. Based on these results they assume decay rates have remained constant for billions of years. Those familiar with mathematics will recognize the problems with making such an assumption based on data from such a relatively short time span as that of the laboratory testing.

But even more problematic for this assumption is that new evidence more recently discovered can only be explained by decay rates that have changed over time. One such example, the radioactive decay of uranium in tiny crystals in a New Mexico granite, yields a uranium-lead age of 1.5 billion years. Yet the same uranium decay also produced abundant helium, but only 6,000 years’ worth of that helium was found to have leaked out of the tiny crystals. This indicates the uranium must have decayed rapidly over the same 6,000 years that the helium was leaking, more than 250,000 times faster than today’s observed rate.

So we can see with these three assumptions that our interpretation of the observed measurements can be greatly influenced by the lens with which we choose to look. This is hardly pure science, and an old earth is hardly a proven fact. In our system of law, an accused person is presumed innocent unless proved guilty beyond a reasonable doubt. We see above more than enough evidence to have reasonable doubt about the reliability of radiometric dating methodology. Thus we must not dismiss the possibility the earth is closer to only 6000 years old just as the Bible says.

So why have old earth theories propagated so widely as to be presumed true even when the data is hardly conclusive? One word: rebellion. For ever since the world was created, people have seen the earth and sky. Through everything God made, they can clearly see his invisible qualities—his eternal power and divine nature. So they have no excuse for not knowing God. Yes, they knew God, but they wouldn’t worship him as God or even give him thanks. And they began to think up foolish ideas of what God was like. As a result, their minds became dark and confused. Claiming to be wise, they instead became utter fools…..They traded the truth about God for a lie. (Romans 1:20-23,25a)

So lay aside rebellion and seek the truth. Jesus said in John 14:6 that he is the truth. If you seek him in earnest right now, I guarantee you will find that his words will ring true and that he will gladly extend his free gift of grace to you. “For this is how God loved the world: He gave his one and only Son, so that everyone who believes in him will not perish but have eternal life.” (John 3:16)

To learn more about the age of the earth: check out the Institute for Creation Research and Answers in Genesis.

We’d love to hear from you. Please leave a comment or drop us an email at: ReignDropsBlog@gmail.com