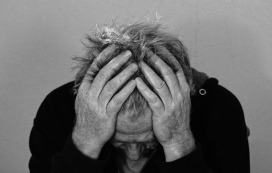 When the band REM sang these words they were referring to the fact that everybody “gets hurt” or “feels hurt” sometimes. In this blog, I am taking a bit of a different track – everybody “hurts someone” at some time or another. In other words, everyone does the hurting sometimes. Now, if you are a perfect human being who has never caused another pain, who has never inflicted an emotional or physical wound on another person, you can stop reading right now. For the rest of us, perhaps we should take a closer look at the subject.

It’s conceivably too easy to think of the ways we might hurt another person. After all, as REM was kind enough to point out in their song, we’ve all been hurt, we all know what pain feels like. There’s always physical pain, perhaps some of us have been abused and know all too well the reality of physical torment, and then there’s emotional pain, which we have all endured. But is it not also true that we have at times been the inflictor as well? Perhaps it was a lie we told, or a break up with a significant other, or some gossip we shared, or a friend we turned our back on in a time of need. Or maybe a stranger we could have helped but chose not to. The list of ways we might cause hurt is long, indeed.

The guiding principle, or commandment, from God is that we are to love our neighbor as we love ourselves. (Leviticus 19:18) Jesus called this one of the two most important commandments (Matthew 22:39), teaching that this is one of the two commandments upon which all others hang. Yet if you have read this far you know as well as I do that we are guilty of being unloving from time to time. So what are we to do? Is there hope for us?

The Bible is brimming with stories of people who have hurt others. Let’s take a quick look at a few and see if there is hope for us “hurters”. We’ll start with Matthew, otherwise known as Levi. He was a tax collector, but back then tax collectors were not mere office workers at the IRS. Hardly. Tax collectors in New Testament times were typically corrupt and sometimes brutal instruments of the Roman empire who took full advantage of the power they were given, often collecting more than was actually required and inflicting brutal consequences on those who couldn’t pay. It was not uncommon for property to be seized, children to be taken, and men to be imprisoned for failure to pay the amount in demand.

Tax collectors were so poorly thought of that the Jewish leaders accused Jesus when he dined with them (Matthew 9:11). But Jesus merely responded, “It is not the healthy who need a doctor, but the sick.” (Matthew 9:12) Levi the despised tax collector went on to become Matthew, one of the twelve disciples, Jesus’ closest followers. He heeded the call to follow Jesus and was redeemed.

Next let’s look at David. He wasn’t just king of Israel; He was God’s chosen king; it was through his bloodline that Jesus the Messiah would be born. God called David a man after his own heart. Surely David wouldn’t ever hurt anyone, right? Wrong. Upon seeing a beautiful, married woman named Bathsheba, David failed to control his lustful thoughts and he had an affair with her. And she became pregnant. And to cover up his “indiscretion” David had Bathsheba’s husband, Uriah, a faithful member of Israel’s military (who refused the comfort of a night with his own wife while his comrades were still in battle) killed. King David, the man after God’s own heart, was also an adulterer and a murderer. But he eventually repented of his wrongs (see Psalm 51) and experienced God’s forgiveness.

And then there’s Paul, the Apostle who wrote most of the new testament. Paul was originally known as “Saul.” Saul hunted Christians and punished them, often brutally, in an attempt to stop the Christian church from ever getting off the ground. He hurt people – and even called himself the worst of sinners. Here’s what happened, in his own words: “Even though I was once a blasphemer and a persecutor and a violent man, I was shown mercy because I acted in ignorance and unbelief. The grace of our Lord was poured out on me abundantly, along with the faith and love that are in Christ Jesus. Here is a trustworthy saying that deserves full acceptance: Christ Jesus came into the world to save sinners—of whom I am the worst. But for that very reason I was shown mercy so that in me, the worst of sinners, Christ Jesus might display his immense patience as an example for those who would believe in him and receive eternal life.” (1Timothy 1:13-16)

I can tell you that I identify strongly with Paul. As I look back on my life, decisions I made, things I did, lies I told – maybe they didn’t seem all that much when I was doing them and I did them in ignorance and unbelief – but I now understand the pain I inflicted and the consequences of my actions and I realize that I stand firmly among the worst of sinners. Have you ever felt that way yourself? Has the impact of something you’ve done or a hurt you’ve caused suddenly become clear to you? Have you felt the guilt of your actions?

Just like Matthew, David, and Paul, there is mercy and grace available to us through Christ Jesus. He came into this world for the very purpose of making his grace available to us. All we need to do is to admit our wrong and ask for his forgiveness, just like David does in Psalm 51, and we can be free of our guilt and the deception in which we have lived. Jesus said, “if the Son sets you free, you are free indeed.” (John 8:36) and Paul taught us, “Therefore, there is now no condemnation for those who are in Christ Jesus, because through Christ Jesus the law of the Spirit who gives life has set you[a] free from the law of sin and death.” (Romans 8:1-2)

We have all hurt people. It may have seemed small at the time but we eventually come to see how our behavior caused harm to others. We have all broken the commandment to love others as we love ourselves. But through Christ we can be forgiven. Won’t you ask for His forgiveness today? To find out more, feel free to drop us an email at ReignDropsBlog@gmail.com. We’d love to help!